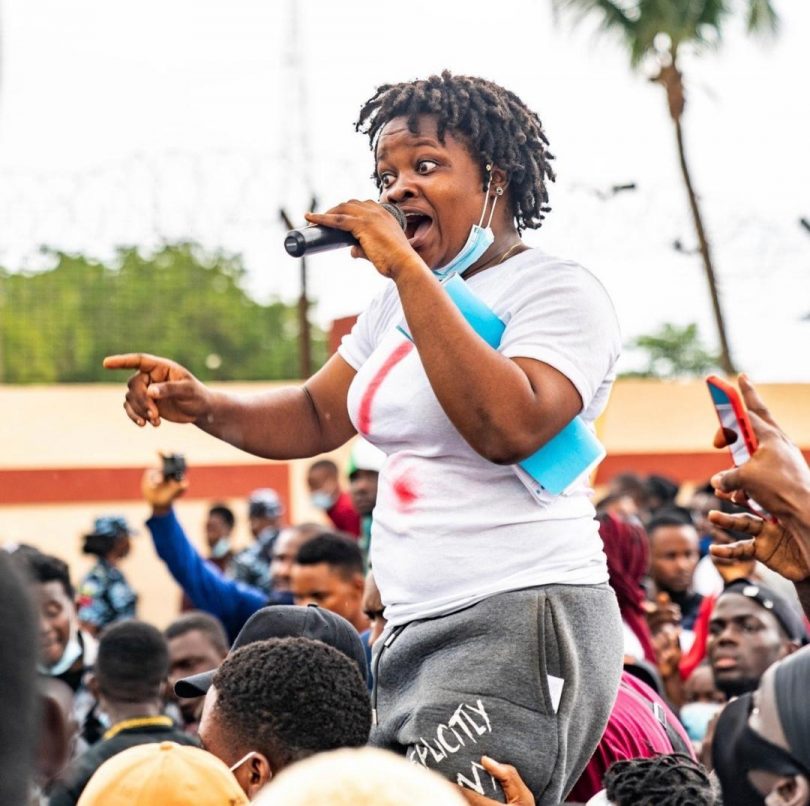 In recent months, the death of Tina Ezekwe, Anita Akapson, Ifeoma Abugu, Tiamiyu Kazeem, Chijioke Iloanya, Kolade Johnson amongst many others who have lost their life to the brutality of the SARS unit of the Nigerian police has triggered series of protests in different states across the country against police brutality with the theme and hashtag #EndSARS.

The Special Anti-Robbery Squad (SARS) is a branch of the Nigeria Police Force under the Force Criminal Investigation and Intelligence Department (FCIID). The squad was formed with the sole purpose of dealing with armed robbery, car snatching, kidnapping and crimes associated with firearms but unfortunately have now been found to be involved and engaged in human right abuses, illegal stop and search, illegal arrest and detention, extra-judicial killings, sexual harassment of women and brutalization of many young Nigerians. Amnesty International documented over 80 cases of torture, physical and sexual abuse, extortion and unlawful killings carried out by SARS between Jan 2017 to May 2020 and a petition signed by over 10,000 people was submitted to Nigeria’s National Assembly calling for a total disbandment of SARS.

In 2017, EndSARS started as a social media campaign and movement by Segun Awosanya and many other social media activists on Twitter in Nigeria. It was created to raise public awareness about police oppression and brutality and to demand the Nigerian government scrap and end the deployment of SARS. It has now morphed into advocacies and subsequently ongoing nationwide protests.

On Saturday, October 3rd a video of a SARS police officer shooting a young Nigerian man in Delta state before leaving with his car went viral. This video generated nationwide attention and led to a public outcry with the #EndSARS hashtag trending number one worldwide. Protests began on October 8th in Lagos state, few days after numerous video and picture evidence of SARS brutalities surfaced and circulated widely on the internet.

So far, the movement’s attention has primarily been to the experiences of Nigerian young men as they have shaped our understanding of what SARS brutality is and how it occurs and attempts have been made by extremists on social media to segregate it to an issue experienced by just the male gender. But Nigerian women—like Tina Ezekwe who was shot at a bus stop, Anita Akapson who was shot on her way home from work in her car, Ifeoma Abugu who was arrested in place of her fiancé, raped and murdered in custody, Busayo Owoodun who was killed by a stray bullet fired by a careless SARS officer while she was trading and many others have also been killed, assaulted, and brutalized by the police. Often, women are brutalized in exactly the same ways as men—shootings, illegal police stop and search, social profiling and extortion. They also experience SARS brutality in sexual harassment and sexual assault.

Hence, it is imperative that women are an active part of this and one of the most striking things about the End SARS protests in Nigeria has been the exceptional role women have played. Olorunrinu (pictured above) led a 72 hours’ protest while sleeping out late at night with protestors without security or protection. Feyikemi Abudu raised over 2 Million naira ($5,200.00) for protestors in 2 days while also being actively present in physical protests. Kiki Mordi raised money and is using it to support and encourage young journalists to cover and tell stories on the protests. Aisha Yesufu lead protests bravely in Abuja, she marched to the front lines despite not having protective gears while the police officers assembled tear gas and her car was also damaged while at it. A group of heroic mothers also marched on the roads of Lagos while chanting and standing in support of the End SARS movement. These among many other valiant women brought more than just numbers to the protests.

Protests would continue both on social media and physically until the federal government of Nigeria responds to the outcry of their youths and officially end SARS with a statement by the President. If you can’t join the End SARS protests, you can help from home by engaging with EndSARS posts and hashtags on social media and sending emails and text messages to Nigerian senators by clicking on this link.

The bottom line is protests and social movements are less likely to find success if half of the population are uninvolved. Increasingly, women are speaking out, joining in becoming integral parts of societal movements and we absolutely love to see it!