Did you know that the all-female military group featured on the 2018 record-breaking box office success, Black Panther was inspired by the famous fearless African soldiers of Dahomey from the Republic of Benin that existed in the early seventeenth to the nineteenth centuries?

I bet when this Marvel hit superhero franchise sparks up in conversations, the first person that crosses your mind is the late Chadwick Boseman (may his soul rest in peace), playing the role of King T’Challa.Perhaps you forget the mighty Dora Milaje, the women warriors who protected his throne, most famous of whom are Nakia (played by Lupita Nyong’o, a Kenyan actress) and Okoye (Danai Gurira of Zimbabwe).

Dubbed ‘Dahomey Amazons’ by Europeans in reference to the ruthless warriors of Greek mythology, these bold women were the frontline soldiers in the army of the Kingdom of Dahomey. Their people knew them as the Ahosi (King’s wives) or Mino (our mothers). They consisted of several regiments from huntresses (Gbeto), riflewomen (Gulohento), reapers (Nyekplohento), archers (Gohento), and gunners (Agbarya).

Their boldness, combat skills and dedication to the King made these women revered throughout Dahomey Kingdom’s history. The King would always publicly appear accompanied by his female bodyguards to whom he closely linked to himself. In battle, they were the last line of defence between the foe and the King and were set up to forfeit their lives to secure him. It could be said that, were it not for the sacrifice that these women made by risking their limbs and lives in warfare, the Kingdom of Dahomey would doubtlessly never have risen to such fame.

The Dahomey women underwent intensive training to qualify as part of the Ahosi. They would engage in activities such as wrestling, drill attacks, obstacle racing, among many others to make them more flexible and resilient. The time spent in the initiation ceremony would last several days. In most cases, they would carry small food rations as a survival tactic. In addition to these, the ‘Amazons’ engaged in religious rituals such as chanting magical incantations for increased strength, wearing amulets considered protective and they would consult a seer known as Bokovon, who offered unending advice on the appropriate sacrifice and rites to be made before setting foot into battle.

According to the late Sir Richard Burton, a British explorer, these women warriors were commonly referred to as the King’s wives even though they barely had any sort of sexual relations. The women soldiers lived in the royal palaces and were forbidden from accessing the palace except for public festivities. The only people allowed to roam freely were the eunuchs and female servants. The warrior soldiers took an oath and vowed celibacy before joining the army. In most cases, the pledge was not always kept as some of them would hide their lovers, making sure that they left the palace very early without being spotted. Contraceptive plants were used to prevent pregnancies, and in very extreme cases, herbal abortions would be used to hide the evidence of a romantic liaison. (UNESCO Series of Women in African History)

Most of the traits displayed by this group of women can closely be linked to the fictional characters, Dora Milaje –“adored ones”. They are an elite group of female bodyguards and ‘Wakandan Special Forces’. The quality of their service is portrayed when two of them accompany King T’Challa to Oakland, California to the undercover home of Prince N’Jobu.

Besides this, the Dora Milaje are portrayed as very courageous and loyal to a fault.  They stay ready in the council to protect the King against the potential threat once Erik Killmonger shows up demanding a challenge for the throne. They are sworn to protect the King at all costs. They were also duty-bound not to interfere as Killmonger claimed his birthright challenge for the throne and the mantle.

Another remarkable all-female group is the Black Mambas Anti-Poaching Unit from South Africa, formed in 2013 and the first of its kind. As dedicated to conservation as the Ahosi were to preserving the life of their king, these women are winning the war on poaching and have earned multiple awards and recognition for their passion and success in protecting wildlife mainly in the regions of Balule Nature Reserve and the Greater Kruger National Park. They operate on three different planes. Level 1 entails routine procedures including foot-patrols, observation, vehicle checks and roadblocks. Level 2 is comprised of armed guards who protect the borders and deployment into high-risk areas. Level 3, is a senior management team in charge of operations, deployment strategies, and organizing on-the-ground patrol units.

We often assume that soldiering is a young man’s game. For centuries, men have been lauded for fighting for their nations’ liberation in wars, while women who have done the same are marginalized and seldom talked about. Warfare has always been, with only very limited exceptions, the work of men. No modern or pre-modern society relies primarily on women as combat soldiers. Not only is warfare a male occupation, in many ways it has been viewed as the quintessential “manly” pursuit.

A few myths we hear about women in combat is that they aren’t strong enough; they don’t have the aggressive, violent mindset needed in the military lethality; they can’t handle the mental and emotional strain of combat; periods, PMS or pregnancy will get in the way; they cause sexual tension in training and battle; they can’t effectively lead; male troops will become distracted from their missions in order to protect female comrades among other ridiculous notions.

More recently, African women have regained their place in their countries’ armed forces after decades of exclusion. Some African states have set out quota systems requiring that a certain percentage of the workforce be composed of women. In Kenya and Malawi; for example, provisions have been included to mandate equal employment opportunities for both men and women which applies to recruitment in the defense force.

The reality is, however, that the level of participation of women in armed forces in Africa remains low. South Africa leads with a 30% female representation in the South African National Defense Force, followed by 23% in Namibia and 20% in Zimbabwe. Although there have been deliberate efforts to address the norms that perpetuate disparities between men and women in their ability to thrive in military institutions, inequalities remain. It must be added that many governments in Africa lack the political will, resources and accountability structures even to implement their own legislated quotas, and do not make active efforts to recruit women into the military.

Female personnel are often deployed where it is perceived to be less dangerous, which is not necessarily where they are most needed. This relegation to administrative or support roles often impedes women’s prospects of promotion, which is based on field or combat experience.

Additionally, militaries do not always offer a working environment that is conducive to women – such as providing separate and secure accommodation and ablution facilities, having childcare options for working mothers, and designing equipment and uniforms that fit women. As a result of these factors, women within militaries often survive either by assimilating a pseudo-masculinity to fit in, or by conforming to traditional gender roles by accepting auxiliary roles within the institution.

The female military corps of Dahomey have indeed dispelled the myth of women being considered physically, mentally and emotionally inferior to the male. In fact, male soldiers would be punished for retreating as this was considered a sign of cowardice (Alpern, 1998) whereas women would fight to the bitter end, attriting the enemy even as they spent their lives in defence of their cause. King Behanzin, the last great King of this monarchy, relied on their unfailing dedication to resist the French colonial conquest. An immense number of women soldiers gave their lives for that cause as per numerous recorded accounts. The female warriors eclipsed their male counterparts in all regards, to a specific order, fighting spirit, dauntlessness, and commitment to the King. 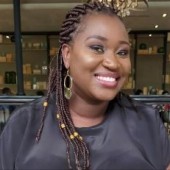 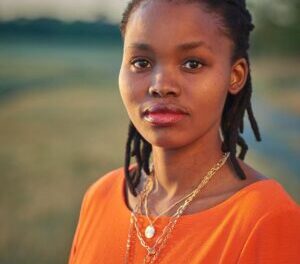 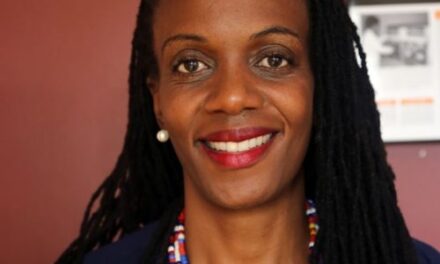 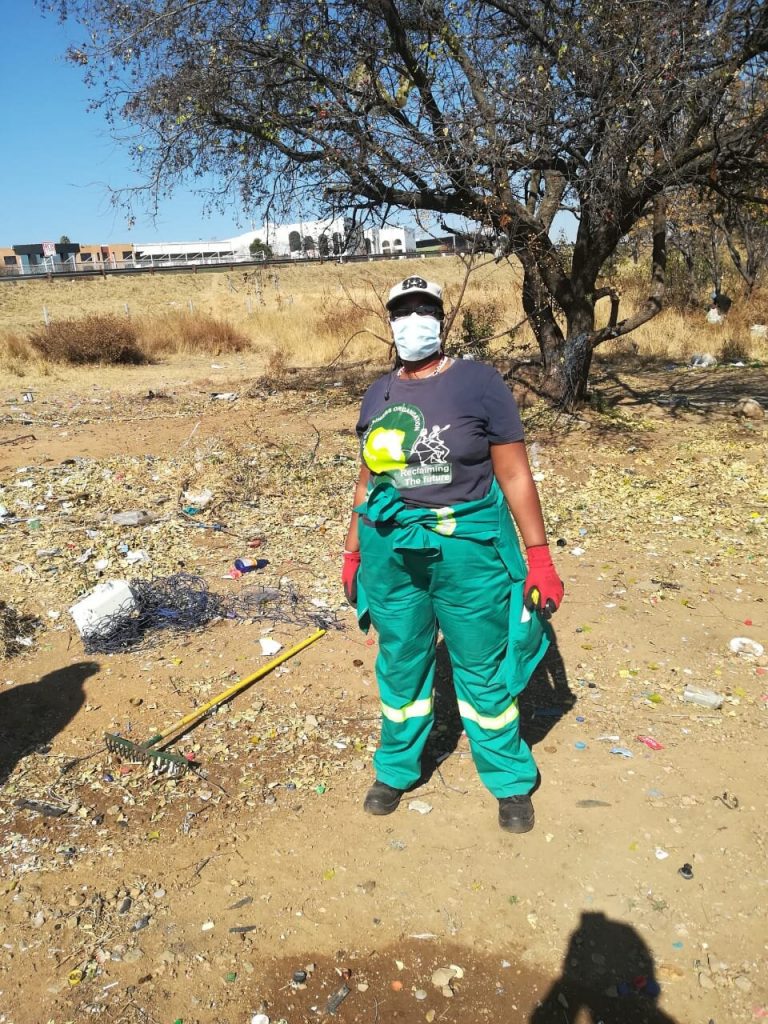 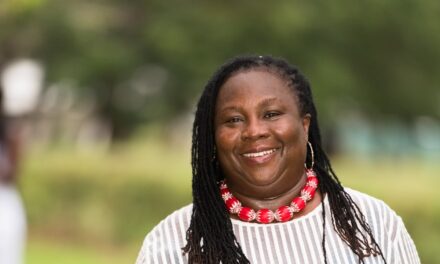 Prof. Audrey Gadzekpo @ 60: A personal journey with a Force of Life