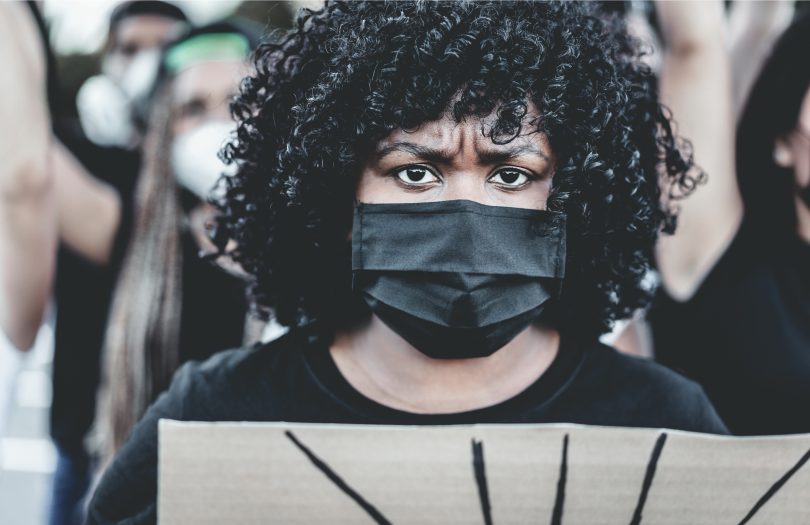 Nigerians are known for many things: superstar entertainers, lavish weddings and audacious fraudsters (Hush Puppi anyone?) However, Africa’s most populous nation also has one little known achievement – it is the home of one of the most vibrant, passionate online feminists who are showing increasing muscle in tackling toxic patriarchal narratives as well as engaging in all-out battles for victims of rape, sexual assault and domestic violence.

FemInStyle Africa had a long distance chat with two members of this fraternity – Ijeoma Chinonyerem and Osariemen Uwaila Ero – to find out more about their feminist and gender activist journeys, the lessons they have learnt along the way, and their advice for budding activists.

FemInStyle Africa (FIS-A): Can you tell us a little bit about your feminism journey:

Ijeoma: I don’t know (laughs) I think feminism is something that I’ve always practiced and I’ve always been a feminist. It’s just that I didn’t have a name for it…it’s not something that happened to me…I did not have an epiphany…it wasn’t something like I just woke up “oh my God, I’m a feminist.” I’ve been lucky in my life that at almost every stage of my journey. I’m lucky enough that I enjoyed certain privileges that many women did not enjoy and that for me shaped my feminist journey.

Osariemen: To be honest with you, I can’t say that anyone introduced me to feminism. From a really young age, I questioned the imbalance between the genders and started to rebel against it. I’m a Christian and it made no sense to me, when my religion seemed to foster toxic narratives. I didn’t know that my thoughts and beliefs at the time had a name. So, I was a feminist long before I knew what it was.

FIS-A: What was the biggest lesson you had to unlearn on your feminism journey?

FIS-A: When did you start using your social media platforms (Facebook and or Twitter) as a tool for activism?

Osariemen: I started using Facebook as a tool for online activism sometime in 2016.

Ijeoma: Believe it or not I was not on any social media platform until 2017; before that I was a social media recluse. I didn’t have a single social media account until November 10th 2016 when I signed up for Facebook and became active in 2017. When I became active I became a bitter feminist; I can still vividly remember the first two posts and it was about my mother in the church trying to push my bra strap inside and I wrote a post asking: “What is this bra strap doing to you during the time of worship?”  I think my message resonated with a lot of people because in less than a year, I gained many followers.

FIS-A: What was the first online campaign you actively joined and or championed?

Osariemen: I was very active in the #wifenotcook campaign that trended long ago. It keeps resurfacing but I believe that it was the first one I was very vocal about when it first trended.

Ijeoma: The first campaign I actively joined was in 2017 was when a secondary school teacher Emmanuel, made a post on Facebook saying “If you want to marry, you better go to secondary schools and his words were “catch them young” in quotes.

I screenshot the post and started a hash tag and people started talking about it and it gained traction. What infuriated me was the fact that, at the time, he was a teacher of an all-girls federal senior secondary school and he had the audacity to make such a post. With time it gained traction and other feminists picked it up and we signed a petition to get him fired from the school; at that point we were told we were ‘bitter’ because we wanted to take away his source of livelihood. The petition was well-received and resulted in his suspension or his outright dismissal.

FIS-A: Are you a “lone wolf” feminist or do you have a pack?

Osariemen: I was a lone wolf feminist until I found my pack. When I first started speaking about feminism online, I was blown away to discover that there were lots of people who questioned the status quo like I did. I just kept adding them randomly via Facebook and, over the years, I’ve enjoyed the friendship we have forged. It was refreshing to be honest.

Ijeoma: II wouldn’t say I have a pack but at the same time I wouldn’t say I’m a lone wolf. The feminist community online isn’t large enough for me to simply seperate myself but my problem with being in an organized feminist group is the risk of group think and the suppression of independent thought. I’ve seen so many situations where a feminist has a problematic stance but because she’s in a group, her statements aren’t called out and disagreed with or corrected. It’s like if you’re in a pack you have to agree and nod even though the stated position is wrong.

FIS-A: Its common knowledge that Nigerian feminists online are a formidable force – why do you think this is the case?

Osariemen: I think that many Nigerian feminists are very vocal; they do not try to please the patriarchy in terms of being subtle or meek. We try to be everything the patriarchy says we shouldn’t; and we are especially vociferous about poking holes in the ”man is the head” narrative in marriages. This one irks misogynists; it gets them riled up and talking. Our whistle is loud and unrelenting and everyone can hear. People may not agree with it, they may argue against it, and use religion and culture to defend misogyny but what they can not do is ignore us. Again, we keep bringing young people into the fold so yes… it’s no wonder we are a formidable force.

Ijeoma: Honestly, the reason is not far-fetched: when you are in a society like Nigeria your feminism cannot be mild, your feminism cannot be lukewarm, and your feminism cannot be sweet. You know they call us bitter feminists? You have to be bitter, you have to be formidable, you have to be loud and unhinged. I normally hear Nigerian men say “Ah I understand feminists…I’m in support of feminists…but Nigerian feminists are too wicked…I see feminists of other nationalities they are not like this…Nigerian feminism is something different…” and when this topic comes up I remind my friends that these nationalities where the feminists are ‘sane’ and ‘sweet’ they do not face the kind of problems we face in Nigeria…not to belittle the struggles that women across the world face but oppression get level.

FIS-A: Nigerian feminists used social media as a tool to effectively mobilise and fight for justice against the Coza Pastor Biduon, #JusticeForUwa and the petition to have D’Banj stripped of his UN position after he was accused of rape; are there pointers you can give to other activists on the continent?

Osariemen: Remain focused and be consistent. And when fighting for justice online, prepare for the backlash and face it fearlessly. Because there will be many who will belittle the hash tags, the posts, the trends and the point of it all. Keep the hash tag trending with regular posts and keep sharing them, and be loud about whatever it is you want to achieve. The people who need to hear will hear.

Ijeoma: Pointers? Are there any pointers I can give? First of all I don’t even think we are doing that much, we have tried but I feel we can do more. One thing that has worked for us is being bitter; I think feminists of other nationalities are sweet. I think feminists of other nationalities have grown complacent, and I can’t really blame them because they are not facing the same level of oppression Nigerian feminists are. The only pointer I can give is be more wild, LOUDER, more bitter, do not cave into pressure or emotional blackmail. If you’re going to be an activist, do it with your whole chest; don’t do it halfheartedly, don’t try to pander to their sensibilities and say “Oh, what will they say and I want to be a nice lady…” It doesn’t work like that; we’re not trying to be liked by men or seek male or female validation. If other feminists across the continent can key into that, we will be unstoppable and formidable.

FIS-A: Activism can be a thankless job – what keeps you going when all hope seems lost? And how do you take care of your mental and physical health? Osariemen:

And to unwind? I read lots of fiction books and I enjoy watching trash TV. When it gets a bit overwhelming, I give myself time to vent to my feminist friends and I try to remember that Rome wasn’t built in a day.

Ijeoma:  This is one of the few things I’m very very passionate about and I’m yet to experience a period of burn out. Like you said, activism is a thankless job and I’ve seen so many feminists give up and say “You know what I’m not doing this shit again” and although a part of me blames them, I also understand how emotionally, physically psychologically draining it can be. Personally, my passion for gender equality hasn’t driven me to that point yet. When I’m not posting on gender issues, I have a blossoming online business which, in a way, keeps me from growing too discouraged.

FIS-A: What is your fondest memory as a feminist using social media as a gender activism tool?

Ijeoma: Two weeks ago I made a post about the kind of movies Nollywood was churning out and I tagged Nigerian movie star and used her movies as a case study to show the kind of movies that promote gender equality in society. Her movies send this message of gender equality no matter how subtle it is. So I used her movies and contrasted it with what we normally see on Africa Magic; she saw the post, commented, thanked me and then screenshot the post and placed it on her Instagram account. And with the teacher, Emmanuel; he was tracked down and I was later told he was fired. At the moment he is on the run from the police. These are some of the victories I’m grateful for.

Jennifer Kwakyewa Akuamoah is a trained broadcast journalist who has worked in various capacities (news anchor, reporter, assistant producer) for some of the biggest radio and TV stations in Ghana.
After a career spanning a decade, she hung up her microphone and is currently pursuing a career as a freelance columnist.
She is a feminist and mental health advocate and often writes on these themes for her personal blog and on her social media platforms. This is because she finds the interplay between toxic gender narratives and mental illness chilling yet fascinating.
Jennifer is an introverted extrovert who can often be found reading or stretching her creativity by writing short stories. She also enjoys travelling to getaway spots in Ghana, eating delicious food over good conversation with friends and enjoying a good book with a large cup of milky coffee.
Jennifer has a Bachelor’s degree in Psychology, and a MA in Communication Studies from the University of Ghana, Legon. She’s currently preparing to take the international Project Management Professional exam.